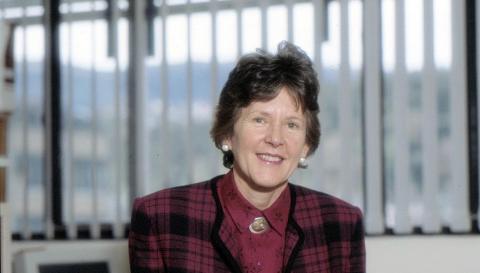 Dr. Rosalind Gibson, presently an Emeritus Professor in Human Nutrition at the University of Otago, Dunedin, holds an MS in Public Health Nutrition from UCLA, and a PhD from the University of London. Prior to joining the University of Otago, Dr. Gibson was a Professor at the University of Guelph in the Division of Applied Human Nutrition.  Dr. Gibson has extensive experience in the collection of dietary data at the individual level, as well as sustainable diet-based strategies to combat micronutrient deficiencies in LICs.  Dr. Gibson has worked in Papua New Guinea, Guatemala, Malawi, Ghana, Thailand, Cambodia, Mongolia, Zambia, Ethiopia, Kenya and NE Brazil.  In all of her research, Dr. Gibson has established linkages with the host country, and worked in partnership with students, physicians, researchers, and the local communities. Dr. Gibson authored “Principles of Nutritional Assessment” by Oxford University Press and co-authored a dietary manual with Elaine Ferguson titled “An interactive 24-hour recall for assessing the adequacy of iron and zinc intakes in developing countries.”  These publications have contributed to the training of new nutrition scientists and public health practitioners in low income countries in nutritional assessment in Indonesia, Thailand, Ethiopia, Mongolia, and South Africa. Dr. Gibson was awarded the Rank Prize by the British Nutrition Society, and was elected to Fellowship of the Royal Society of New Zealand in 2002, and the American Institute of Nutrition in 2007. She was awarded the 2013 Kellogg International Prize in Nutrition by American Society for Nutrition.  She has served as an IUNS council member, and on technical committees for Health Canada, the Ministry of Health, New Zealand, WHO, IAEA, UNICEF, and FAO and was  a founding member of the International Zinc Nutrition Consultative group.